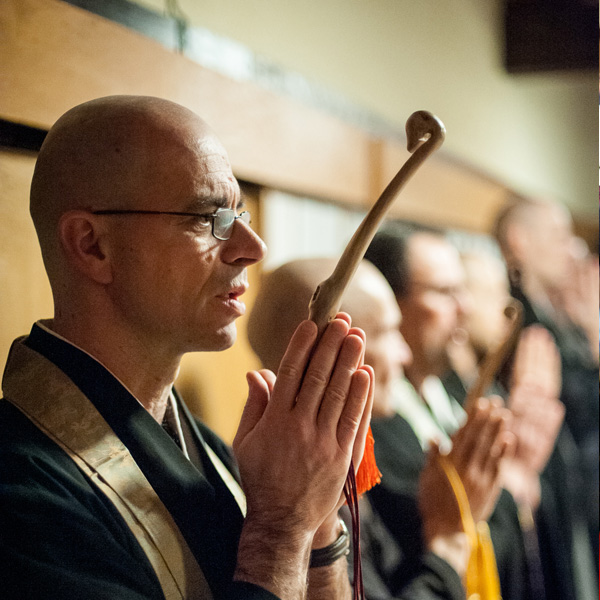 Since 2019, the Slovakian monk Robert Klimo has been responsible for transmitting the Master’s teachings in the Czech Republic. He also continues to lead the center in Brno.
Robert was born in 1969 in a small Slovakian town called Šurany, but he spent most of his life in Bratislava. He became a mechanical engineer, and he has been working in this field ever since.
In 2000, his long-term interest in Zen brought him to practice in the Bratislava Zen Center. In 2005, he was ordained as a monk under the name of Gyoja, the Homeless Monk. The following year he moved to Brno, and in 2009 he started to lead this centre, which was founded by the nun Karolina Fajthova.
On 1st January 2014, he received from the Master Sando Kaisen the Dharma Transmission and the title of a Reverend.

The Polish monk Tomasz Dąbrowski is one of the closest disciples of Master Sando Kaisen. He is responsible for leading the centres in Prague, Pilsen and transmitting the teachings in Russsia.
He was born in 1975 in Krakow, where he spent most of his life. He studied economics and at the moment he earns his living by teaching foreign languages.
In his youth he practiced martial arts (karate), which got him acquainted with Eastern teachings and meditation. After the death of his father, he intensely felt the non-permanence of life and decided to seek answers to his deepest questions.
At the beginning of 1996, he met Master Sando Kaisen and became his disciple. A few months later he traveled to the monastery in France for a year-long stay. During that time he was ordained
a monk and received the name Keiji, the Sanctuary of Peace.
Upon returning to Poland, he founded and led the centers in Warsaw and Poznan. In 2003, he and other close disciples of the Master laid the foundation of a monastery in Poland. For the next three years, he was a permanent resident in this monastery and was assigned the role of treasurer and assistant of the Master (“shuso”).
Throughout his practice he has been intensively helping the Master to spread the teachings in Poland, the Czech Republic and Russia. From 2004 to 2019, he was responsible for the transmission of the Master’s teachings in the Czech Republic.
On May 15, 2012, he received from the hands of his Master the Dharma Transmission and the title of a Reverend. 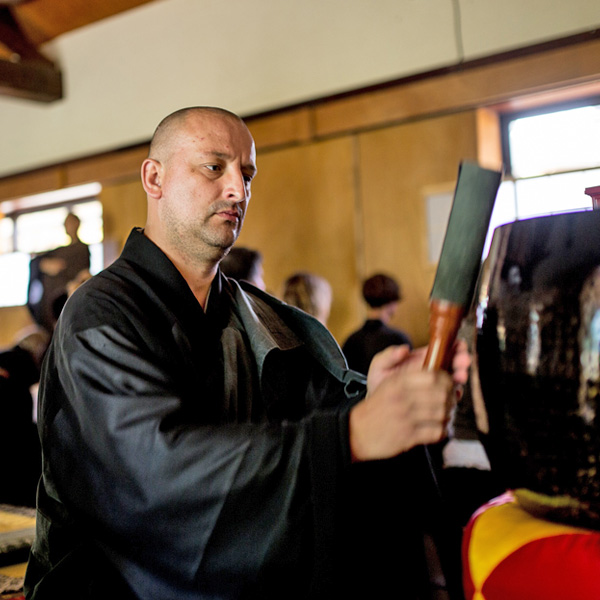 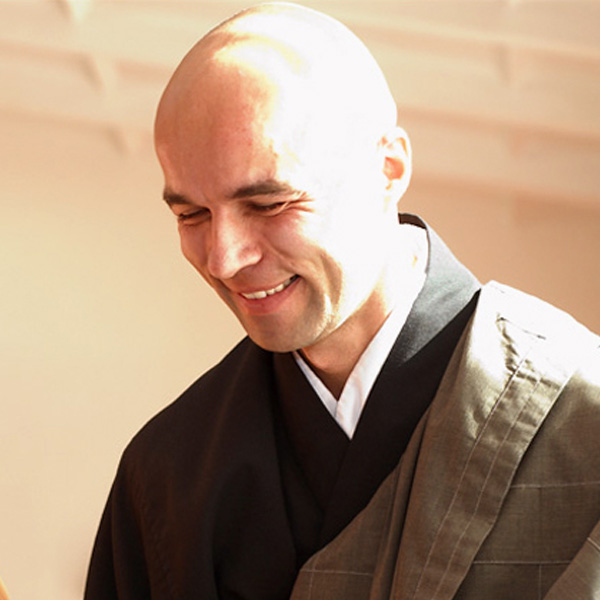 The Polish monk Robert Mirowski is responsible for transmitting the Master’s teachings in Ostrava.
Born in 1970 in a small village near Tarnow, he spent most of his life in Krakow. He studied to become a plumber, and he worked in this profession for the next fifteen years.
He first encountered Zen in 1992, when he met Sando Kaisen’s disciples, who came to introduce zazen meditation to martial arts students at the Jujitsu Academy, where Robert was training at that time.
After this he regularly attended meditation meetings in the Krakow centre and devoted himself fully to the Zen practice. Few years later, he decided to spend his life transmitting the Buddha’s teachings and asked his Master for the ordination of a monk. In 2000, he was ordained and received a Japanese name Masho, Eye of Life.
During his practice, he often accompanied the Master on his missions, and he was one of the disciples who in 2003 set up the Zen monastery in Poland. He lived in this monastery for three years until it was sold. In 2006, he moved to Ostrava to lead a meditation center and to spread the teachings of his Master in the Northern Moravia.
On August 30, 2016, he received from the Master Sando Kaisen the Dharma Transmission and the title of a Reverend.

Stanislava was born on August 30, 1980 in Uhersky Brod, a small town in southeastern Moravia. She studied English and Czech at Masaryk University in Brno and after some time traveling and working abroad decided to stay in Brno and teach English and Czech for foreigners there.
A search for answers regarding the purpose of our existence and a sense of futility and frustration over the fact that we mindlessly repeat the illusions of our ancestors, brought her, in 2007, to Zen. In 2013 Master Sandó Kaisen ordained her a nun and gave her the name “Celle qui veille sur Maya” (The one who watches over Maya [illusion]).
She has had several responsibilities since the beginning of her practice. Among others, she served as the chef (“tenzo”) for the Czech Republic and France, and is currently the secretary of the Czech sangha (community). From 2015 to 2017 she led the centers in Zlin and Uherske Hradiste; at the moment, she leads Saturday sittings in Brno.
She stays in a close contact with Master Sandó Kaisen and travels regularly to retreats in France 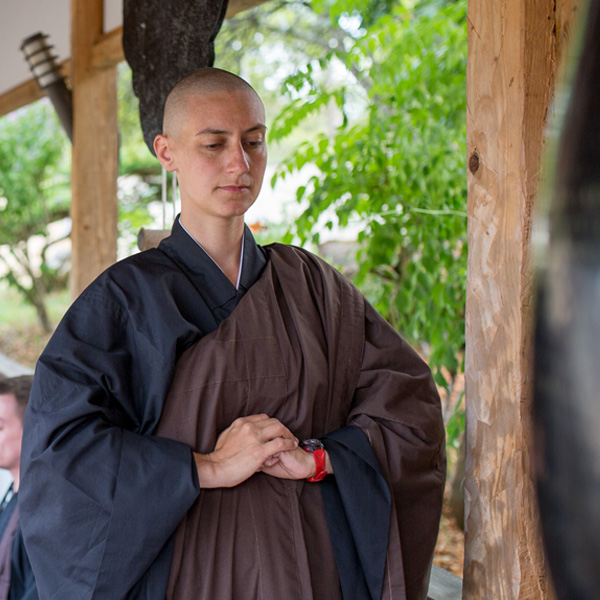 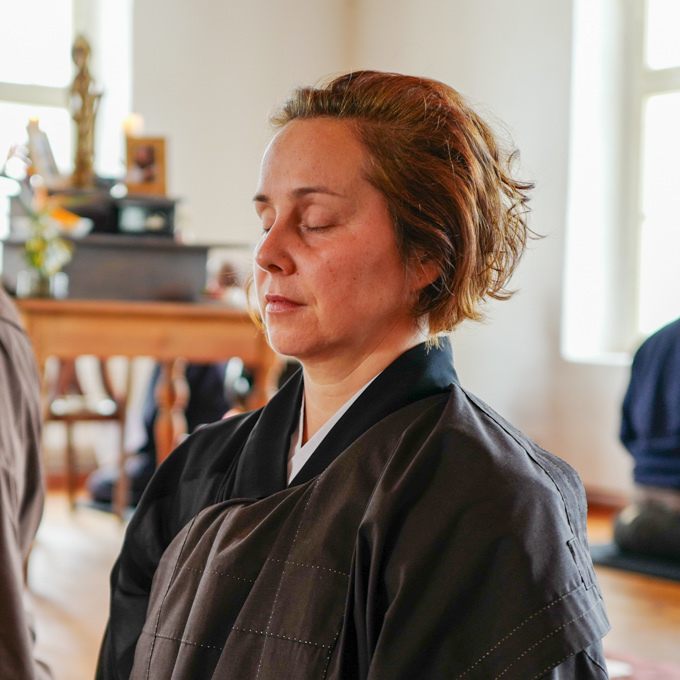 Magdalena Paulíkova comes from Pilsen, where she studied humanities and anthropology and where she works as a social worker in the non-profit sector.
After meeting with pure meditation – zazen – in 2005, she felt a strong connection with the teachings leading to liberation. In 2007, she was ordained as a bodhisattva by Tomasz Dabrowski and later she was ordained by Master Sando Kaisen as a nun (Shi Ho – True Law). She held various positions in the sangha and in the Pilsen center – she was the chef (tenzo) of the Czech sangha for six years. She practices in the Pilsen center and stays in regular contact with Master Sando Kaisen.

Zuzana was born on March 1, 1970, in Rokycany. She is married and has two daughters. She has been working for the Czech railways since she was 19 years old, faithfully carrying on a family tradition.
Even as a young child, she wondered why she was troubled when life seemed to be just a stretch from birth to death; why it hurts so much, why it can’t be taken as
a theater. It’s like a game that consumes us at some point, but when the drama or romance is over, it’s gone.
Zuzana began practicing in October 2007. On October 10, 2010, she received bodhisattva ordination and the name Ji Kei from Master Sando Kaisen. Nun ordination followed six years later and she received the name Go Fu from the Master. Since she began practicing, she has had a lot of responsibilities: food service, chef‘s assistant, retreat organizer and treasurer for the Czech Republic. She is currently the secretary of the center in Pilsen. She continues to practice in Pilsen and commutes to lead Buddha’s sessions in Karlovy Vary. She also goes to regular retreats in the Czech Republic and in the French monastery and stays in contact with the Master. 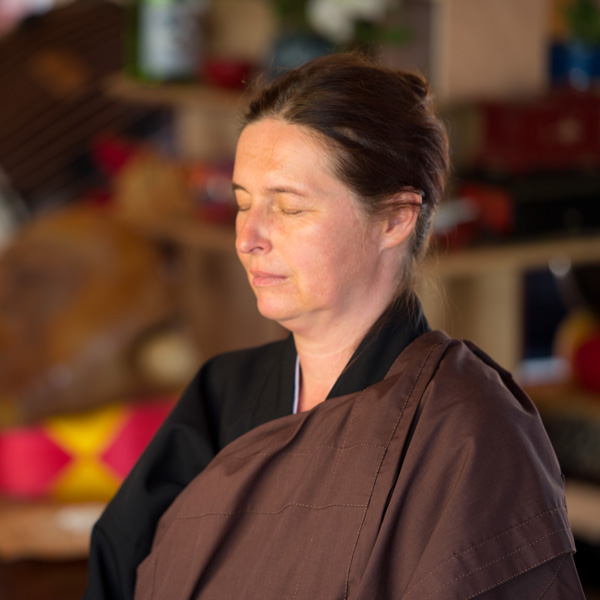